If you are a parent of a daughter who is nearing 14, you have your work cut out. While boys mature later, girls usually go wild and want their independence around the age of fourteen. If you would like to avoid going through months of struggle and worrying about your child, it might be time to address some of the issues that might come up later, so you and your daughter both know where you stand. When hormones go wild, even the most patient and best parents will have a hard time coping with a teenage daughter. Below you’ll find nine things you might want to discuss with your child before they reach this age. 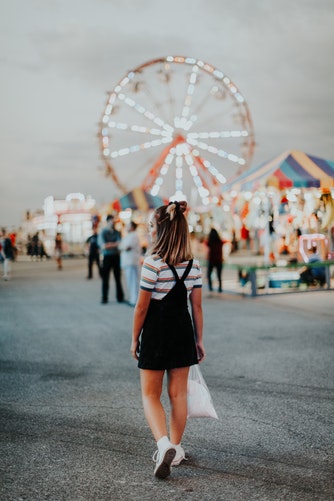 1)  Makeup
Your child will start wearing makeup, which is natural, as they are transitioning from the children’s world to adulthood. While you might want to let them experiment, it is your responsibility to teach them how much is enough, and how to look their best when they don’t wear any foundation. It might be a good idea to take them to a beauty salon and get their skin type assessed, so they can look after it and use the right products. When hormones attack, using too much makeup can make spots and acne even worse. While your daughter is not likely to believe you, they will listen to a dermatologist or makeup artist.

2)  Menstruation and School Life
When  your daughter will have their regular periods and have to go to school, play sports, and take part in activities, they might become self-conscious. It is best to sit down with them before their first period, and after, so you can explain the important hygiene routines, and reassure them that modern products will not leak. It is also a good idea to remind them to have spare sanitary products in their school bag just in case, so they don’t have to deal with emergencies.

3)  Peer Pressure
One of the main causes of teenage girls going wild is peer pressure. Just like boys, girls like bragging about different things; a new phone, a boyfriend, or even being brave and adventurous. As a parent, you should sit down with your daughter and explain that it is ok not to follow others, and having their own values. Even if they have to put up with negative comments and bullying, it is better to be true to themselves than do silly things to impress others that they will only regret later.

4)  Social Media
Kids today are dealing with a lot more pressure, due to social media than previous generations. You will have to talk to your daughter about the dangers of talking to people and the impact of cyberbullying. Kids today will say things on social media that they wouldn’t face to face, and it can cause anxiety, depression, and other related issues. Adolescent anxiety is often caused by hormones, but peer relationship and bullying also play an important role.

5)  Role Models
When your child becomes a teenager, they will stop listening to you for at least a few years. They will pick other people they can follow and look up to. Before they make this choice, you will need to sit down with them to make sure that they are not being influenced by the wrong people. Even if they like a band, they don’t have to follow their unhealthy and unhelpful behavior and start drinking or taking alcohol. The negative effects marijuana has on teenagers include depression, loss of appetite, slowed down brain development, lack of interest in studies and sports, and even risk-taking behavior. Talk about drugs and their impact on their future before they start choosing their role models.

6)  Personal Hygiene
When your daughter starts transitioning into a woman, it is important that they keep a healthy personal hygiene routine. They will have to learn how to look after their skin, how to look their best, and choose products that are suitable for their hair and skin type. Oral health is an area that is often neglected by teenagers. If you notice that your daughter is neglecting oral hygiene, you should let them talk to a professional to become aware of the dangers. 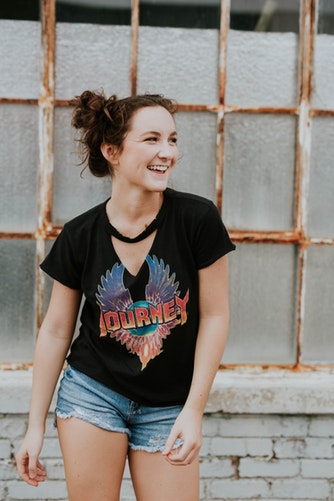 Teenagers often go over the top. They will wear jeans in the summer heat and shorts in the middle of the winter. While that is simply what they do and it allows them to experiment, it is also important that you explain to them what is acceptable clothing for various occasions. While teenage girls hate rules, you should still maintain the standards when you go to visit family or have a dinner out. While they might want to look older than they are, you need to let them know that dressing in an extreme way can attract dangerous attention. 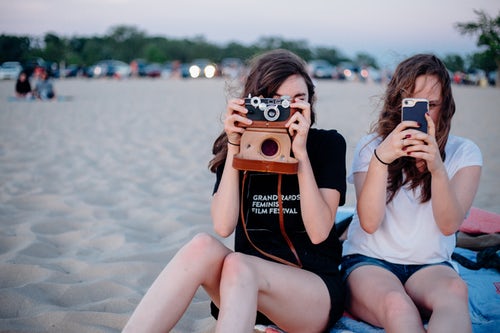 Hardly any teenage girls have a healthy self-image. Due to the internet and photoshopped magazine photos, they have unrealistic expectations. They might develop an eating disorder trying to be like one of the stars they idolize or simply feel unhappy about some of their features. While some mothers are liberal enough to allow their teens to have plastic surgery, this is not a solution to the problem. Instead, you should help them develop a more realistic self-image and discover the positive aspects of their body instead of focusing on the imperfections.

9)  Taking Responsibility
Teenagers are often forgetful, and this can drive parents mad. They might forget about picking up their siblings from school or doing the ironing because they got carried away talking to their friends on social media. They might go out to the cinema and text you last minute to get a lift. Explain to your daughter that with adulthood and more allowances, their responsibilities are going to increase as well so they can be prepared for the changes.

Having teenage daughters is a constant worry for mothers. They will have new friends as they go to secondary school, follow famous people you know hardly anything about, and listen to their friends more than you. To prepare for this challenging time, you might want to discuss these issues with your daughter as soon as possible.
Email Post
Labels: acne adolescent anxiety anxiety daughter dressing appropriately makeup marijuana peer pressure personal hygiene plastic surgery role models self image teenage daughters