How Strong Are You Compared To Other Members Of The Animal Kingdom? [Infographic]

Humans are a funny bunch. For an animal, we have a relatively large body, being bigger than the majority of creatures in the animal kingdom. But when it comes to raw strength, the average person is - how to put it gently?  - lacking.

The reason for humanity's relative lack of strength is beginning to be understood by scientists. Why is it that the average gorilla can lift an astonishing 4,400 pounds, but the average person struggles with 155 pounds? Sure a gorilla is bigger, but not THAT much bigger.

It turns out that evolution made humans weaker so that we could fine-tune our movements better. Gorillas and other large and powerful primates have a lot of strength, but they don’t have a great deal of dexterity. A gorilla will never learn how to knit, for instance.

Humans also live in a society which takes a lot of the need to use our muscles out of daily life. The majority of us don’t have to go out and hunt animals, climb trees, or carry buckets of water for mile after mile to quench the thirst of our family. A simple press of a button on Just Eats and any food we like gets delivered to our door.

The following infographic provides an interesting perspective on human strength and how it fits in with other organisms in the animal kingdom. Relative to their weight, the smallest animals are the strongest, but there are some freaks in the mix, including our beloved gorillas. Take a look for yourself. 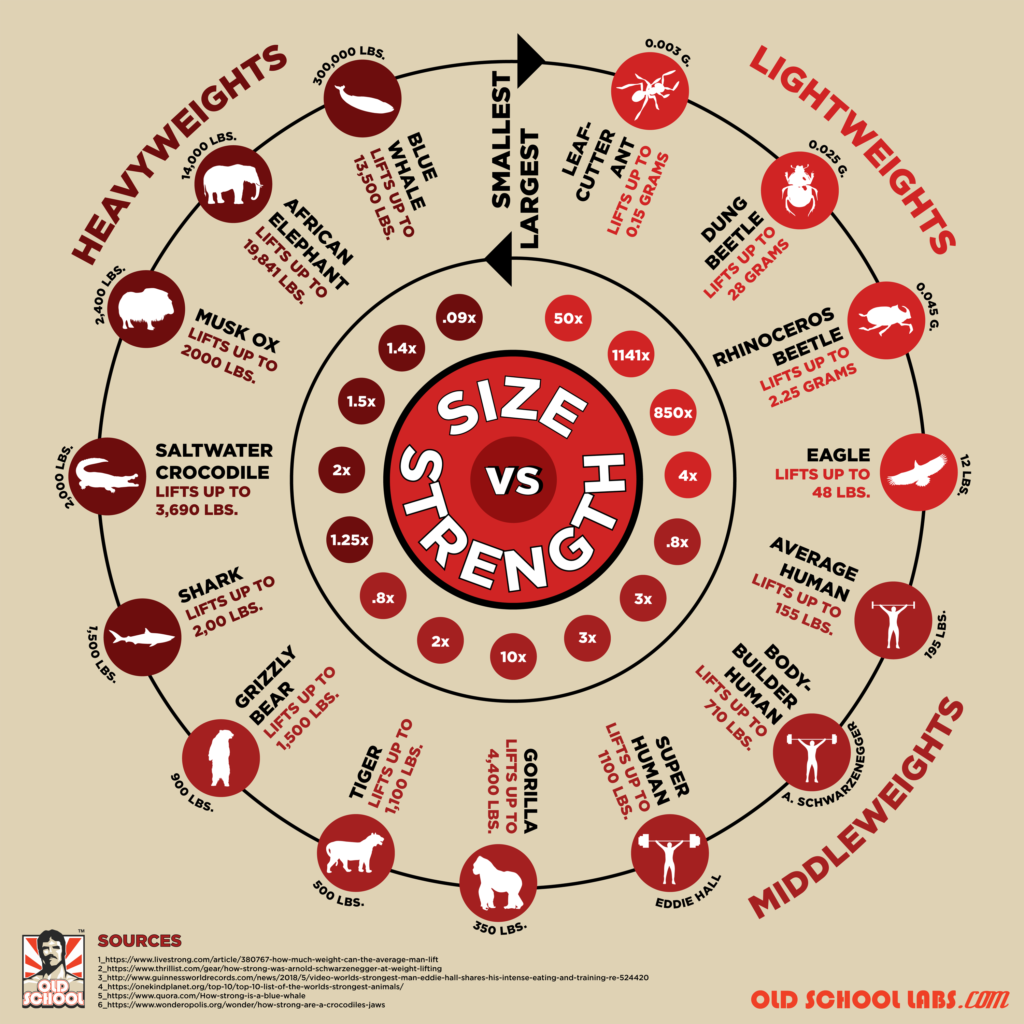