Questions you Dare not Ask 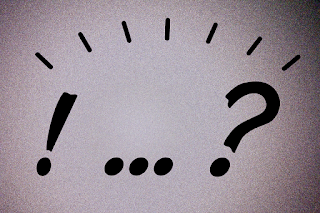 Have you ever wanted to ask a question about a certain topic but felt odd or embarrassed to ask?   I have. But, I have also been in social scenarios where I may have blatantly said what most were already thinking.  So, let's use that to our advantage and review some questions with answers you dare not ask but have wondered.

I have been taught, the only question dumb question is the one unasked.  But, as a woman, there are some things I should remain modest about.  Let's push that thought aside for today and ask away.  I've chosen  two questions to cover, one for the males and one for the females.   Don't be shy, read on.    Since males like to get straight and to the point, they are first (wink).

Males: Is my penis big enough?

I do not think men go around discussing their penis size amongst each other.  But, I am sure they often wonder if it is a sufficient size. Women wonder, too.  In order to find out, I searched one of my go to men's references, Men's Health.

If I had to guess the answer I would think the average size of a man's penis would be about seven inches hard.  On the contrary, it is much smaller.  Men's Health revealed the average penis size both soft and erect was about 3.5 inches soft and approximately 5 inches erect.  How do you add up? We'd like to hear.

While this is a sensitive subject, it is important to know your body.  Our vagina is extremely delicate so be safe and treat it as such. When the ph balance is off it is telling us something and there are a few different vaginal odors to watch out for.  Today, however, we are only focusing on one.

Has your vagina ever had a slight chlorine/bleach odor? I've spoken to a few women about this.  The answer has mostly been yes. And, it is nothing of concern, it is normal. Cosmopolitan magazine had an article about different vaginal odors and chlorine smelling was one of the normal smells.  This chlorine odor is most often reported after sex.

On a good note, there is some truth to eating pineapple and tasting and smelling good down below. I have heard it before, however, never tried it. Would anyone like to try eating a lot of pineapple and report back?

Depending upon reader response, 365 Days of Health and Fitness, Plus plans to continue this segment monthly. So, it would be appreciated if you would please leave your comments (good or bad) in the box below.


Thank you for visiting today.