What Led to Kanye West’s Hospitalization? 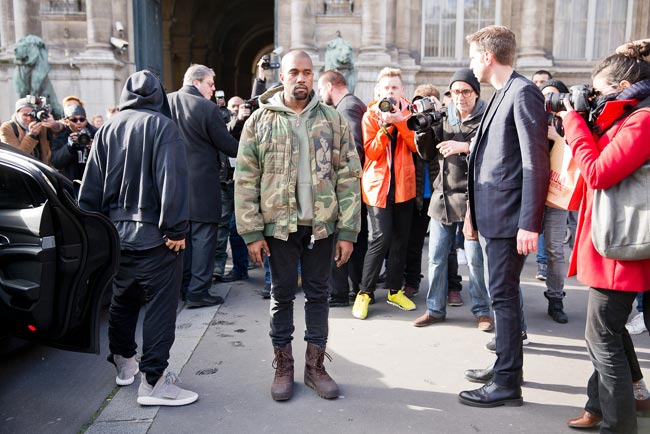 Kanye West is well known for his celebrated hip hop music, Grammy nominations and wins, successful fashion line and controversial statements. Kanye West is married to reality television star Kim Kardashian, and the couple has two kids. In November 21, 2016, while on Saint Pablo tour, Kanye West was hospitalized and treated at the Ronald Reagan UCLA Medical Center in Los Angeles and therefore his concert tour was canceled. The exact reason behind Kanye West hospitalization has not been pointed out. According to celebrity news, the reasons below add up to what might have led to his hospitalization.


Deviation from the prescribed doses

In 2002, Kanye West literally slept at the wheel and was involved in a fatal car accident. The accident led to a change in his way of doing things. He has been having mental health issues for a long time and thus he has been on medications. According to celebrity news on the said date, he did not take his prescribed dose, which led to his deterioration of health and finally he had to be hospitalized.


Kanye West claimed he heard voices in his head

Kanye West was taken to hospital for his own safety. Kanye’s personal doctor has been advised to keep away weapons from him because of fear of Kanye committing suicide. He had been said to be having hallucinations before being taken to UCLA Medical Centre. On that particular day, he was screaming and acting crazy. He claimed he heard voices in his head of people who wanted to kill him. His personal doctor, Dr. Michael Farzam was attending to him before he called the police after Kanye refused to go to a hospital. In fact, the police had to restrain him to transport him to the hospital. He had to be handcuffed on a stretcher, which explains he was mentally sick. The personal doctor told the police that he had temporary mental illness due to sleep deprivation and dehydration. Earlier on that day, Kanye West provoked with one of his gym staff members after he tried to assault him. His personal doctor had to treat him for exhaustion at his trainer, Harley Pasternak’s, home. All this information adds up that Kanye West had the mental illness that led to his hospitalization.

Kanye West and wife went through a stressful time since the robbery of his wife in Paris. His wife was gagged in her Paris hotel and robbed at gunpoint. The armed robbers stole jewelry worth millions of dollars but Kim was left unharmed. This incidence left Kanye very shaken up. After the robbery, he spent sleepless nights and having nightmares. He was worried of what could happen to Kim; This was not easy for him. He had been touring and he had to take care of his wife. This is why Kanye was hospitalized due to exhaustion and sleep deprivation.


Kanye West was too exhausted

According to celebrity news, Kim is usually the strong person in the marriage and Kanye is used on depending on her for support. After the robbery, Kanye had to stay strong to support Kim. Since Kim had her issues to deal with, she broke from the spotlight to seek support from her husband. The roles of Kanye and Kim were reversed, Kanye had to stay strong for Kim. With the pressure from his career, working on his fashion designs while touring, his worries about his wife and the need to support his wife, he couldn’t handle it anymore. He was exhausted until he couldn’t pull through his performances in California. He had to cancel the rest of his Saint Pablo tour after two of his performances having been unsuccessful.


Kanye West was not in his best state

Kanye West has not been in his best state this year. In February, Kanye tweeted saying he was in debt and asked Facebook’s Mark Zuckerberg to invest in his projects. That wasn’t enough because he reached out for financial assistance from Larry who is Google co-founder. He was having the emotional breakdown from the rough times he has had this year and he could take it no more hence his hospitalization.

Kanye West was discharged from UCLA Medical Center on Wednesday, November 30, after having spent a week there. A source from the hospital said that he was very happy to be out and he would continue to receive care. It is sad that although he was out, he was living apart from his wife and his two children. According to his wife, they agreed it was a concern to keep him away from the kids after his erratic behavior.
Email Post
Labels: celebrity news hip hop music Kanye West Kanye West's Hospitalization Kim Kardashian