The Popularity of Texan Barbecue 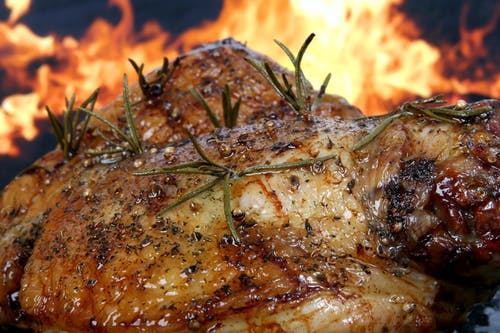 Unless you are a true Texas native, put everything you thought you knew about barbecue aside. When visiting Texas, be careful how you speak about barbecue to Texans!!  Most Americans take out their grills only during the late Spring and Summer months to cook various meats including hot dogs and hamburgers.  Caution: Hot dogs and hamburgers aren’t considered “real” barbecue in Texas. Just ask Laura Rea Dickey or Roland Dickey, Jr., both experts in BBQ and senior executives at Dickey’s Barbeque Pit.  In fact, simply marinating meat and placing it on the grill isn’t “real” barbecue in Texas either. In the Lone Star State, barbecue is considered a culture and Texas’ signature pride.   The Texan population of approximately 28 million plus isn’t the only big thing in this second largest state in the U.S., - BBQ is!!

Four Styles of Texan BBQ - The migration of immigrant groups within Texas brought with them their own cuisine and preparation techniques creating their own unique traits throughout Central, South, East, and West Texas.  In Central Texas, the Czech and German immigrants who owned butcher shops would smoke leftover meat to preserve it. This process became so popular that the birth of the “barbecue joint” was born.  South Texas is known for its barbacoa which was introduced by Mexican farm hands. This traditional dish was prepared by wrapping a cow’s head in damp leaves and placing it in a pit over hot coals for several hours. East Texas’ style of saucy, chopped barbecue originated from African-Americans who settled in the area after being emancipated from slavery. West Texas barbecue is referred to as the ‘cowboy barbecue’ because the meats are cooked over an open fire and was birthed from the day of cattle drives and trailblazing.  Although there are a variety of unique barbecue cuisines and preparation techniques, most Texans agree that brisket is Number “1” in the state.

BBQ In Competition - Barbecue festivals and competitions are thriving throughout the US.  Barbecue enthusiasts put their heart and soul into their preparation and cooking.  It takes hours, if not days, to prepare signature barbecue meats and sauces. The largest barbecue competition is the American Royal World Series of BBQ held in Kansas City for over the last 100 years.  It’s largest monetary prize was over $125,000.  They also give out scholarships for those wishing to enter the food industry.

Top BBQ Chains In The U.S. - If you want to experience “authentic” southern barbecue when traveling to the South, be sure to visit a couple top southern barbecue chains. Dickey’s Barbecue Pit and Smokey Bones are “top-notch” and well worth a visit.  Dickey’s has 560 plus locations and is well known for creating and serving mouth-watering BBQ homestyle recipes and smoking all their meats in-house.  Complimentary rolls and ice cream are included with each meal and children eat free on Sundays. For more information on Dickey’s Barbecue Pit visit Dickey’s BBQ Wiki.  Smokey Bones was originally based in Florida and currently has expanded to approximately 66 locations. Smokey Bones is known for their 11-hour “slow-cook” pork process.  At Smokey Bones you will find good food, good drinks, and good times!

Southern BBQ Interesting Facts - Southern barbecue is a serious matter.  If you plan on visiting the South, here are some facts and barbecue trivia that will be sure to impress Texans and leave them in awe of your knowledge regarding their most popular cuisine.

There is no question that BBQ is a sacred staple of Texas and the Southern states.  From the four distinct Texan barbecue styles to the large barbecue competitions that draw immense crowds, its popularity is paramount among Texans.  One would be remiss to leave Texas, or any southern state, without experiencing an authentic southern-style barbecue meal. You will be glad you did!!  Learn more about barbecue here:  Dickey’s Barbecue Pit wiki.